A couple of months ago a friend and client asked me help him decorate this office. Having worked on his home earlier, I had a good sense of his taste and wanted to make his office an extension of his space at home.

He and his wife are drawn to a mid-century and Art Deco sensibility. Their furnishings embodied their style which in turn, reflected their fashion sense. They were and are a modern couple with classic tastes with a vintage feel. Nothing, to me, exemplified this more than New York City itself. 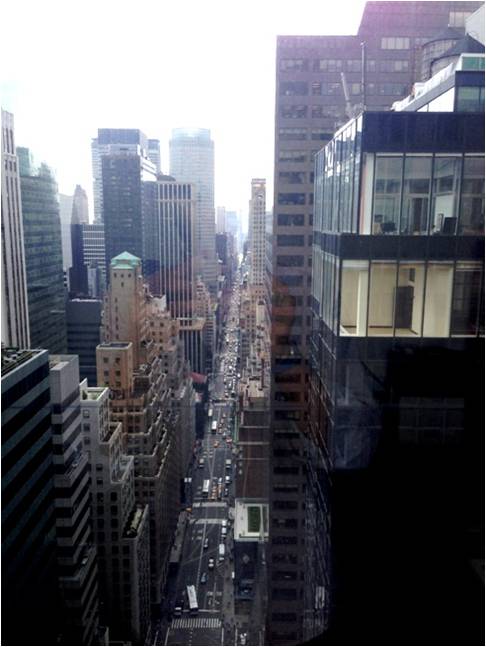 View of New York cityscape from the Office

.As I stood in his office during the consult, I remembered the expansive view of the New York skyline. Floor to ceiling windows framed the building, allowing me to see the south and east cityscape.

I always had a fascination with this urban cityscape, ever since I was a little boy. We would come to NY from Barbados, most summers, and I would sit on the chair of the L train and watch the NY skyline passing in the distance. It was magical and in the mind of a young child from a small island in the Caribbean, the city seemed like a field of shapes.

Standing in my client’s office, staring down Madison Avenue, I could not help but smile at how far I had come. I was amidst the shapes and I was going to translate New York City through the eyes of a 7 yr-old. I knew I was going to draw on the shapes of the sky scrapers to hang his artwork and I would use the Art deco feel of the buildings to inspire the look and feel of the space.

The Art Deco Style of the Chrysler Building

Where do you look for inspiration to define form and shape?

Inspiration is all around us when we’re receptive to the energy of the world. Things that exude energy are the things we’re most inspired by. In a city like New York, decorating an office space with that much exposure to the cityscape needs only to be translated as a part of its environment. I only needed to look out the window to find my inspiration.

As a designer, I usually see the world in shapes, whether it’s the circle of a lampshade or the square of a picture frame. I look to the physical environment, both internal and external, to help guide me with form.  A collection of shapes becomes a bigger shape, and bigger shapes can be used to mimic patterns.

“I approach a large wall like a big canvas and on that canvas I can use any shapes to play with scale. Commit to an idea and allow that process to evolve without limitation!”

The Process: Taking Inventory and Planning

I laid out the artwork the client requested I use to hang on the walls. Each piece was square or rectangle which made it easy to imagine how I would play with shape. As my eyes moved across the room, from window to wall to window, I knew I had to hang the artwork to mimic the lines of the skyline. I needed to play with scale to capture the energy of the skyline and I could only do that by continuing the buildings from outside inside.

But what Iconic NYC building could I use as a template for hanging the Artwork?

“I began to organize the shapes to create the intended form to mimic the lines of a skyscraper.” 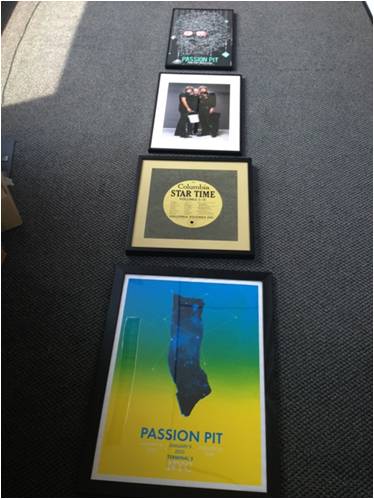 I had the form and I knew exactly where I was going to hang the artwork. I knew I wanted to integrate an end table into the base of the form, so I used the furniture piece as the starting point for positioning the rest of the artwork. Once it was centered to the wall space, I measured and hung the first piece.

The subsequent pieces were all hung centered to the wall, with each layer creating the framework of the building. 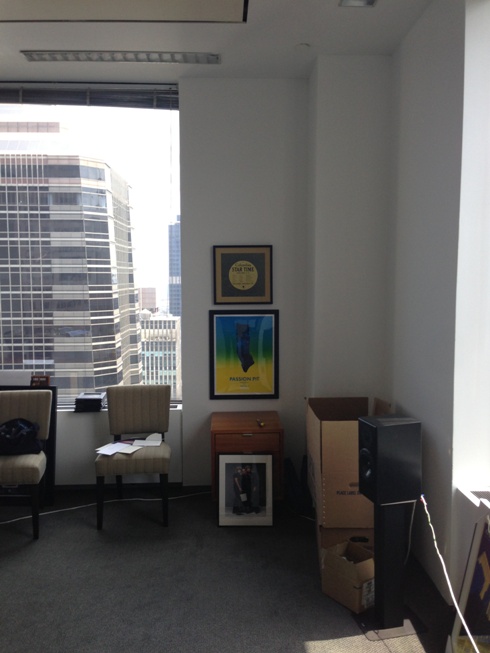 Once all were hung, the finished form fit into the overall look and feel of a New York high-rise office space. 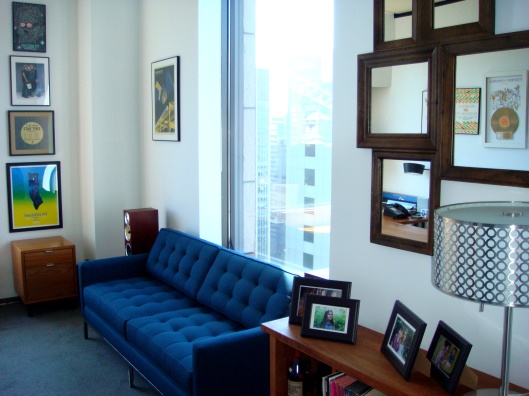 When It comes to hanging artwork, sometimes thinking outside the box is the best solution. Allow your environment to inform and guide your design decisions and you’ll capture the right sensibility.

Find your voice, within a life designed, one room at a time!